Eoin McDonald joined the firm in 2017 from Dublin bringing with him a wealth of experience, having been head of the litigation department in a Dublin city firm.

Eoin has a particular interest in litigation having gained extensive experience in High Court Litigation, and concentrates his efforts on personal injury and medical negligence cases at Circuit Court and High Court level. 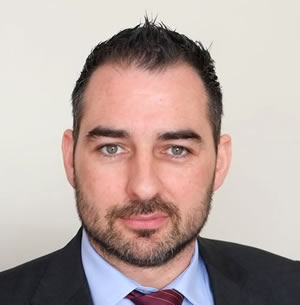 Eoin also acts for a number of our commercial clients particularly in relation to Commercial Leasing and Commercial Litigation as well as providing general advice relating to all aspects of commercial law.

He has a keen interest in Employment Law and has acted for both employers and employees in actions under employment legislation in the Employment Appeals Tribunal, Labour Relations Commission and Equality Tribunal

Eoin graduated from NUI Galway in 2002 with an honours Bachelors of Corporate Law, an honours LLB the following year in 2003 and later an LLM Commercial from UCD in 2007. Eoin has successfully completed diplomas from the Law Society of Ireland in Criminal Litigation 2009, Employment Law 2013, and a Diploma in Corporate Law and Governance in 2017. Eoin is also qualified as solicitor in England & Wales since 2012.

Eoin can be contacted at:
eoinmcdonald@foleyturnbull.ie